Is Platelet-Rich Plasma Injection Covered By Medicare? Why Not? 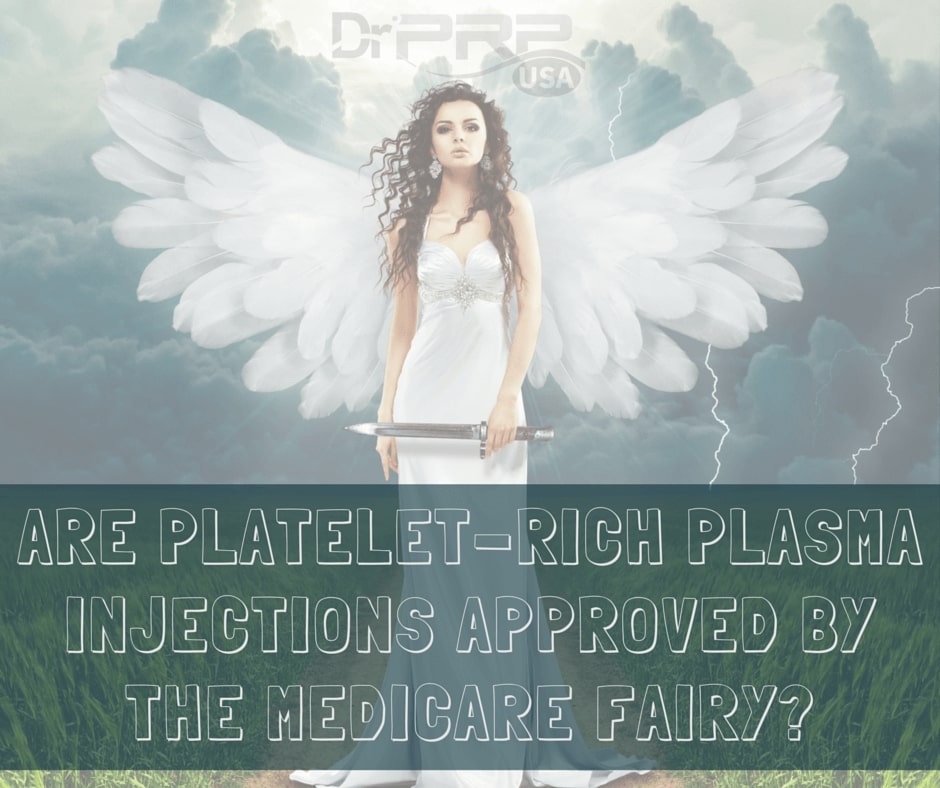 Platelet-Rich Plasma Injection is not covered under Medicare.

The reason why they are not covered is, according to Minnesota-based not-for-profit HealthPartners, is that “there is not scientific evidence to prove their effectiveness.” Of course, there’s no concrete evidence. Because the truth is, without big pharma funding there’ll never be any extensive clinical trials for PRP injections. All research about Platelet-Rich Plasma comes directly from small and independent sources like us.

And as research dollars are not poured into this, all evidence around PRP will remain anecdotal.

The good news is that PRP is different on its own: it’s massive popularity today (mostly word-of-mouth) proves that it’s more effective than the so-called “high-value” treatments that are approved by health plans today.

Plus, the role PRP plays is bigger than most other treatments. It doesn’t just offer a solution — the impact is often life-changing. Pains are relieved side-effect-free. Surgeries are avoided. It saves tendons and ligaments in the thousands everyday particularly those in the joints: ankles, knees, shoulders, spine, elbow etc.

Professional athletes love it. The most recent one is Red Sox right-hander Clay Buchholz, who had platelet-rich plasma injection for strained flexor muscle in his right elbow.

On the other hand…

According to bestselling author of “Complications” and “Better,” Atul Gawande, a study of more than a million Medicare patients shows that a “huge proportion” of the care given were simply redundant. He cites 26 very commonly prescribed tests and treatments that even scientific and professional bodies has classified as “no-value.” Examples, according to Atul, include doing an EEG for a simple headache and CT scans for patients with lower-back pain. Every year, 25-42% of the medicare patients receive at least one of these costing hundreds of dollars. And this adds up to become a sizeable chunk of our $3 trillion (yes, with a t) that the we spend on healthcare every year. It amounts to more than our entire nation’s budget for K-12 education!

“Millions of people are receiving drugs that aren’t helping them, operations that aren’t going to make them better, and scans and tests that do nothing beneficial for them, and often cause harm.”

So why does Medicare keep funding these unnecessary treatments while shunning Platelet-Rich Plasma?

Keeping this fact aside, let’s see the other side of the story.

Why Efficacy Of Platelet Rich Plasma Injection Is Not Proven Yet?

If the acetylsalicylic acid component of Aspirin is of different make up every time we take the pill, it’s efficacy will be dramatically different. It won’t be passing the standardized tests. But since all components of the drug is carefully and precisely controlled, it’s effect is definite. You pop a pill, and out goes the headache.

Unlike Aspirin, Platelet-Rich Plasma depends on a component that’s different every time we use it: patient’s own blood. The RBC count, the platelet count and growth factors are all different. It’s like a camera that only depends on one source of light for it’s photos — natural light. Every time you take pictures, it’s going to be different because the light is different.

The reason why PRP remains controversial is because there is tremendous variability within platelet-rich plasma formulations. High-level studies with positive outcomes are few. And most health care providers hesitate to prescribe them due to lack of reimbursement. Many Hospitals require patients to sign an “Advance Notice of Non-Coverage” form.

PRP injections: As Major An Advance In Sports Medicine As The MRI

According to Lewis G. Maharam, MD, better known as The Running Doc, PRP is as major an advancement as MRI. That’s a big statement. And he the therapy for all kinds of injuires: muscle, ligament and tendon tears, Achilles tendon injuries, plantar faciitis, tendonititis of the elbow, back pain, shoulder ailments, meniscus and labral tears in shoulders, knees and hips.

Lewis says, the healing results he’s seen are nothing but remarkable. He also cites the famous example of Pittsburgh Steelers’ Hines Ward. “Ward had it just two weeks prior to his MVP Super Bowl and did great,” says the doc.

How can we prove the efficacy of Platelet-Rich Plasma?

The first thing to do is to quantify the growth factors that are responsible for all the magic in PRP. Identify which growth factors are crucial and at what percentage of concentration they are effective. And find out, which specific conditions they are best suited. Then go a step further and zoom in on the growth factors that affect each of the three stages of wound healing: inflammation, fibroplasia, and maturation. We know each of these phases are controlled and regulated by nanogram amounts of growth factors. It’s a matter of coming up with a process to identify them and then making sure of it’s presence in every PRP samples we use.

And voila, we’ll have a PRP formulation that works like Aspirin (minus the side-effects.) That’s gonna change the world, for sure.