Platelet-Rich Plasma Injections For Face: The Good, The Bad & The Ugly 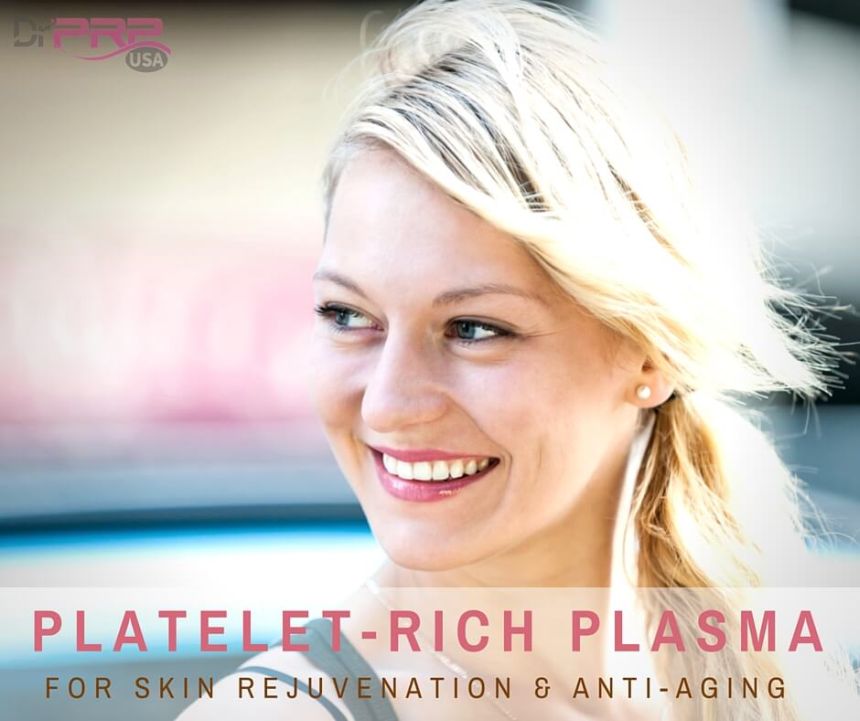 A procedure that has been used successfully for years to heal sports injuries is now becoming the treatment of choice by women to improve the appearance of wrinkles, scars, sun damage and even dark circles under their eyes.

The treatment, Platelet-Rich Plasma, is gaining in popularity for the same reasons athletes chose it: because of its organic nature and because it works. It uses plasma taken from the patient’s own blood instead of chemicals injected into the body. The possibility of side effects is practically nonexistent because the body is unlikely to reject its own blood.

The treatment has become popularly known as the Platelet-Rich Plasma Facelift thanks to one celebrity, Kim Kardashian, who tried and recommended the procedure, and gave it its nickname.

One such study, published by the Journal of Drugs in Dermatology in its May 2010 issue, took place over a three-month period. Twenty-three patients were treated once every month. The mixture of PRP and an activating agent was injected into standard injection points on the face and neck.

The study participants were photographed both before and after their treatments with medical imaging devices, a dermatoscope, and a digital camera. A month after the final treatment, the patients came back for a final evaluation. Based on all the scores, the study concluded that results were satisfactory, the treatment is effective and that the patients who participated experienced no serious or persistent side effects. Several other studies are also on the website.

The majority of the women who reviewed their own Platelet-Rich Plasma Facelift on the website RealSelf.com say they are happy with their results. The RealSelf website allows women to share their experiences with cosmetic surgery and ask questions that are answered by doctors. The reviewers also rate their own doctors. One reviewer said her results were still lasting three months after she had the injections. Another said her face was still glowing and her skin was still tighter five weeks after her treatment. A 54-year-old woman in New York opted for PRP for Face instead of Botox after hearing too many negative stories about the latter treatment. She said she noticed a difference in her face and was happy with the way it looked.

Combining PRP With Micro Pigmentation for Even Better Results

Thirty patients ages 18 to 34 participated in the 2013 study, and received four treatments each, with an interval of four weeks between each treatment. The right side of each patient’s face was treated with the PRP combo and the left side with the Vitamin C combination. To be included in the study, the scarring from acne had to be rated with a Grade II, III or IV on the Goodman and Baron scale. Digital photos of both sides of each patient’s face were taken before the treatments began and after they were concluded using the same positions, lighting and background.

The acne scars were again graded using the Goodman and Baron scale after treatments. Both patients and doctors rated the improvement and change of grade of the acne scars. All the results were entered into Microsoft Excel database and analyzed using standard statistical methods. Of the 30 patients, the scars of 23 were reduced by one or two grades with the PRP combination.

Most women who have tried the combination of collagen and PRP have given the treatment good to excellent reviews. One plastic surgeon who administers the treatment to her patients had it done herself and highly recommends it. Dr. Lisa Zdinak, chief surgeon at Precision Aesthetics, said the plasma in the PRP stimulates the patient’s stem cells naturally and “wakes them up” causing them to produce more collagen, which is what makes the skin more youthful. Zdinak said the plasma contains molecules and proteins that provide nutrients to the skin’s cells, so it’s the healthiest, most natural way to improve the appearance of wrinkles, scars and other effects of aging. Coupled with additional collagen, which is also natural to the body, it’s even more effective.

Precautions to be taken

Most doctors who administer PRP treatments ice their patients’ faces immediately following the procedure to minimize the temporary bruising that can occur at the injection points. Icing will also help minimize any swelling or skin irritation for patients who have sensitive skin. All these effects are temporary and are almost always gone within a few days.

Patients with sensitive skin may need to take extra precautions recommended by their doctors. Allow sufficient intervals between the treatments so the skin has time to heal itself. Too many micro pigmentation procedures too close together can cause swelling and even skin infection.

Twenty-two women participated in a study, published by the American Society of Dermatologic Surgery, that combined PRP with Fractional Laser treatments to analyze the effects on rejuvenating their skin. Eleven had a topical application of PRP along with three Fractional laser treatments, while the other 11 just had three Fractional Laser treatments alone. The patients were evaluated both before they were treated and 30 days after their treatments. Several different types of assessments were employed, including blind clinical evaluations, patient satisfaction and even biopsies of the skin. The results showed that skin rejuvenation was better with PRP, and patient satisfaction was higher with PRP compared to Fractional Laser alone.

Women who have had the Platelet-Rich Plasma Facelift treatment find their faces look even better several months after they have had the treatments. That’s because the plasma stimulates their skin’s stem cells to produce more collagen, grow new cells and literally rejuvenate their skin. The new cell growth in your skin generated by the Platelet Rich Plasma takes weeks to months, which is why it looks so much better after more time passes. Botox and other filler treatments break down with time, but the Platelet Rich Plasma lasts and looks better as long as 18 months to two years. The FDA has not imposed regulations on the use of PRP because it come from the patient’s own body and is not a drug. The use of PRP with other substances and some systems that prepare the PRP for use have been FDA cleared, so make certain the one your doctor recommends is one of them.

Regenerative Medicine: Why There’s No Bad Side Effects with It

Platelet Rich Plasma literally stimulates new cell growth in the patient’s body wherever it is injected. It helps the body heal itself the natural way without using chemicals or foreign substances of any kind. The possibility of an allergic reaction or infection is almost nil because the plasma comes from the patient’s own body.