How to choose the best PRP Kit? 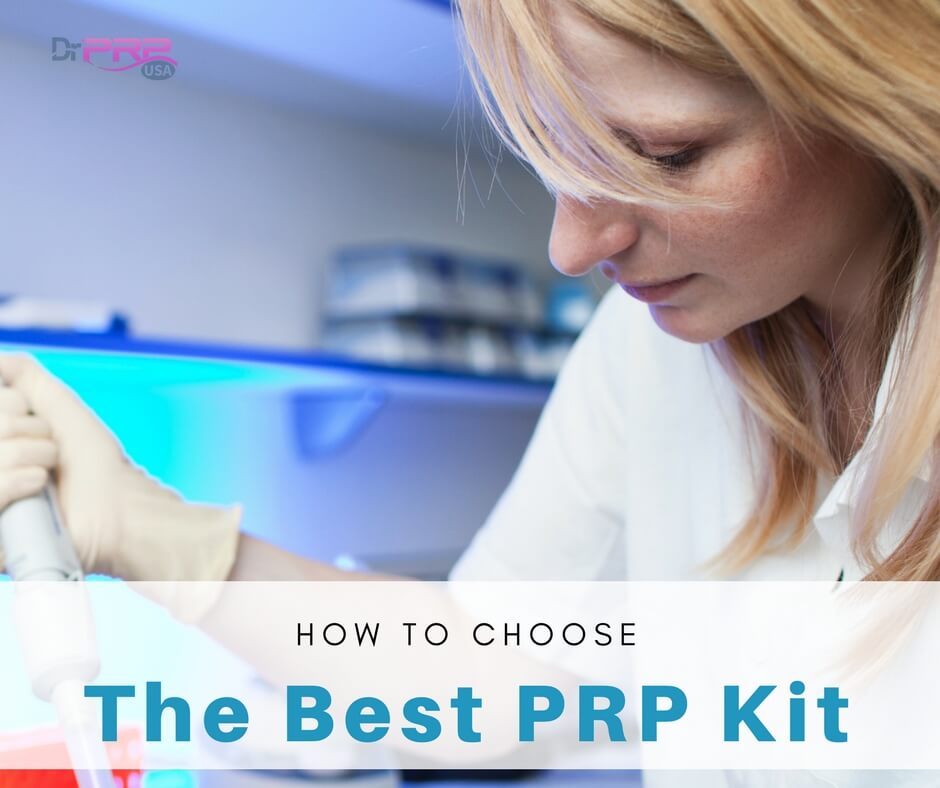 For an incredibly straightforward process, the science of Platelet-Rich Plasma extraction has been surrounded by scores of debating researchers for over a decade about the composition and the method. Today, we’re going to clear up all of that by helping you choose the best Platelet-Rich Plasma (PRP) kit.

How to choose the best PRP Kit?

First of all let’s talk about not using a kit. Yes, you can draw blood into a test tube, centrifuge it, take the top portion and call it PRP. That’s called “bloody PRP” and it is the least effective containing maybe 1-1.5x platelets if you’re lucky – and a whole lot of Red and White Blood Cells. This is what you should not ever think of doing because it’s not the real Platelet-Rich Plasma. In some cases, this way “bloody prp” has been known to have caused post-injection flare ups.

Using a Platelet-Rich Plasma kit on the other hand, you can get a platelet concentration anywhere between 5X and 7X the average. 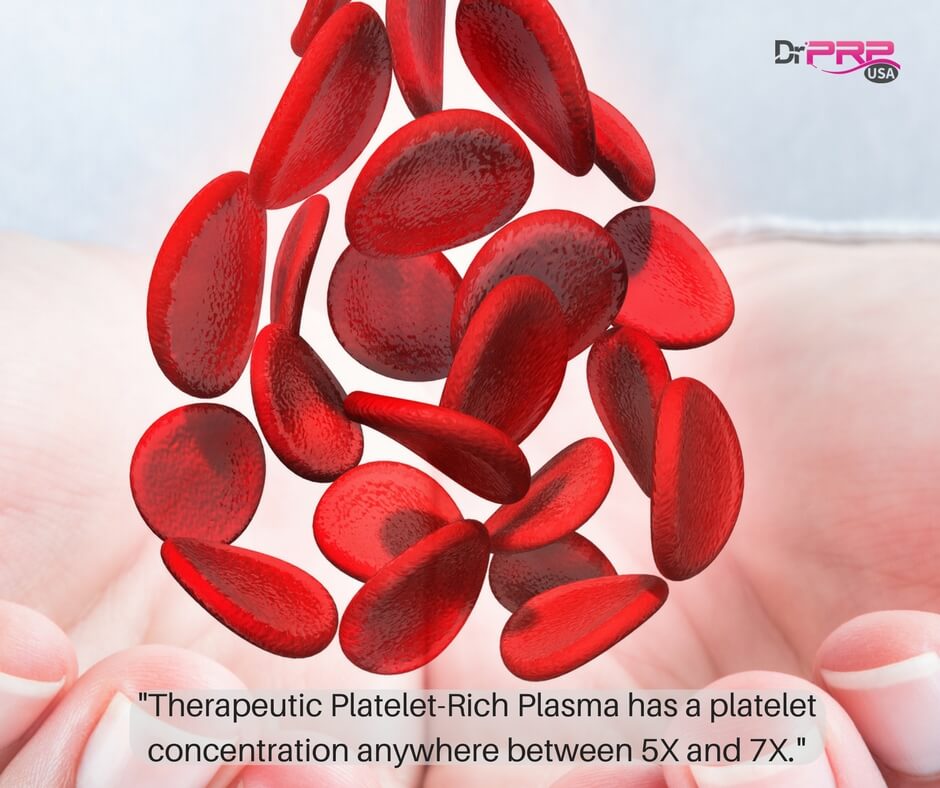 However, there are some commercial kits that may not deliver exactly what you want in your PRP.

To understand that fully, here’s a diagram of the components in blood. 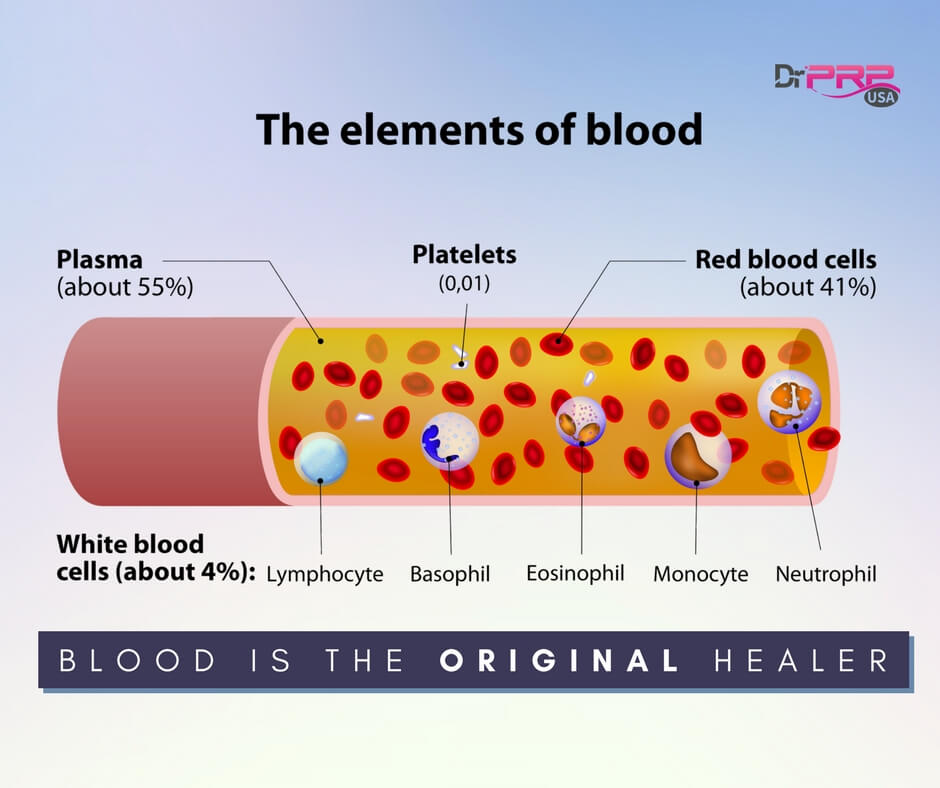 And here’s how it will segregate itself after centrifugation. 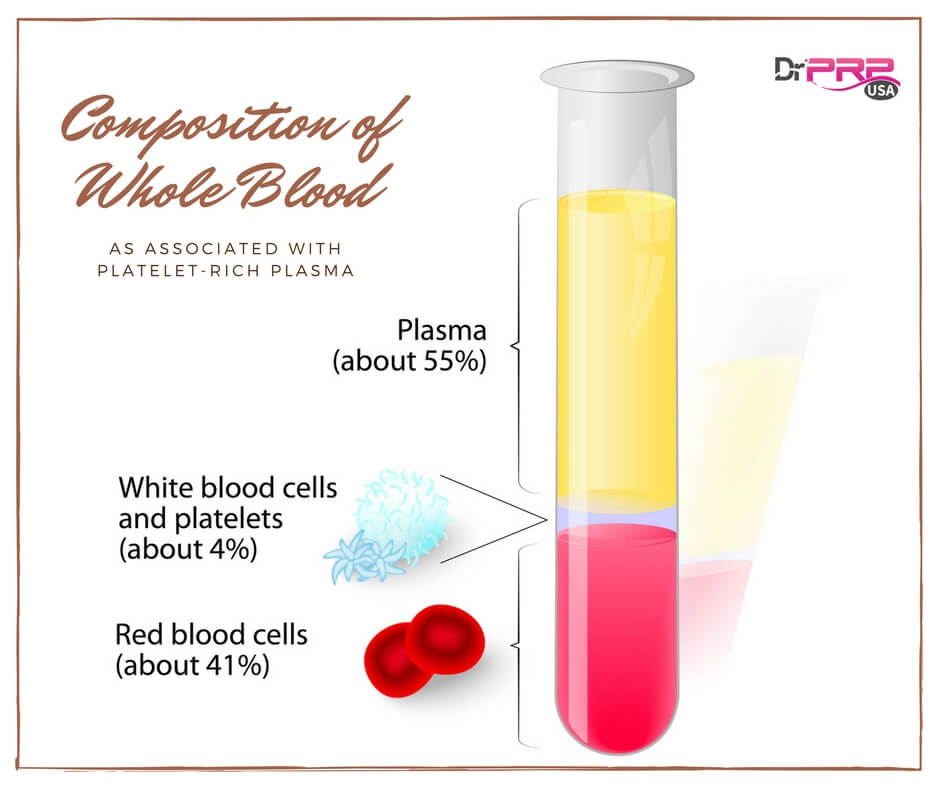 Based on the technique of segregation, the kits are classified into two types.

Gel separators are those that basically nothing but a special test tube with some gel inside. It works because the gel has the density that’s in between blood and platelets. So when you fill it with whole blood and spin, the platelet portion of the blood will go to one side of the gel and the blood portion on the other side. But the biggest drawback of these gel-based PRP kits is that most of the platelets will end up getting caught in the separator gel itself. Hence the 1-1.5X concentration you get when you sequester the platelet part. One positive aspect is that the gel also separates white blood cells. So the PRP obtained is has almost zero RBC and WBC.

The kits that produce a visible buffy coat layer after centrifugation are the best at giving concentrations of platelets anywhere from 5X to 7X. What’s a buffy coat? Buffy coat is a thin layer, neutral or buff in color, formed between the blood and the platelet serum and are essentially plasma with suspended platelets. Now, having a buffy coat by itself will not be of much use. Instead you must be able to carefully separate the buffy coat from the RBC without contamination. When separated the right way, the buffy coat will be mostly plasma and white blood cells (leukocytes) with 5X-7X platelets concentration with less than 10% RBC. 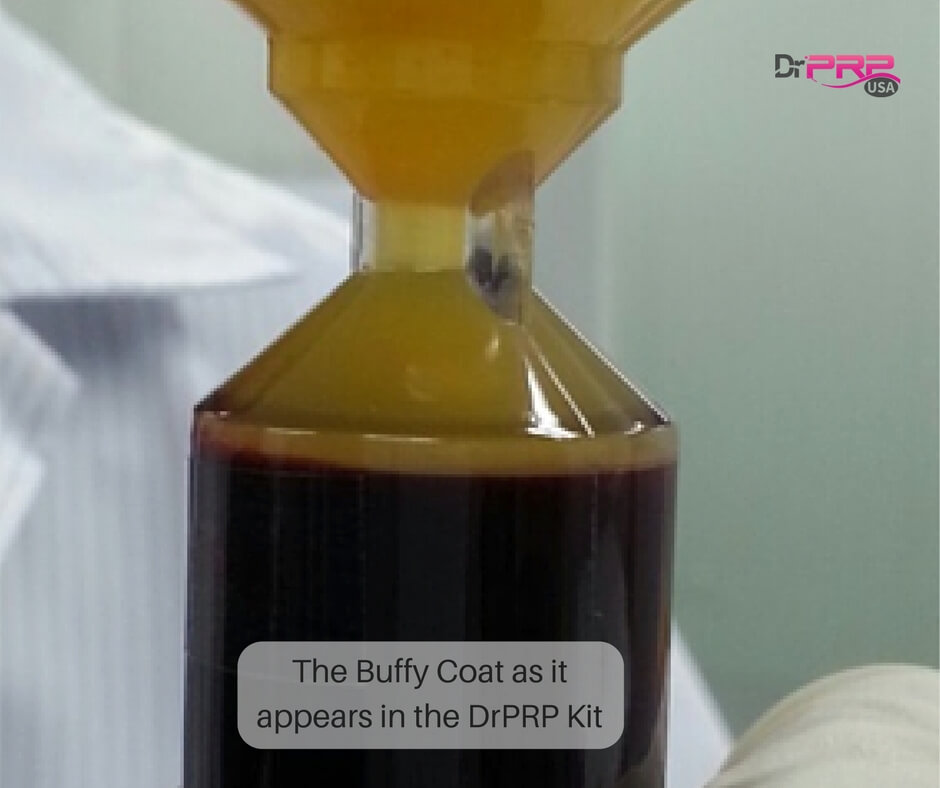 Yes, there is a third type of Platelet-Rich Plasma kits and those are buffy-coat based and that can do double-spin without introducing further Red Blood Cells into the mix. This is the best Platelet-Rich Plasma kit you can hope to have. Because essentially what it can help you do is sequester the Plasma + Platelets mix and do a further short run spin in the centrifuge to further isolate the Platelets. This time the platelets will be accumulated at the bottom of the Plasma serum. Once this is done, all you have to do is take the bottommost portion of the serum which will be 5X to 7X concentration of Plasma. This is what is called Platelet-Rich Plasma or Autologous Conditioned Plasma.

Getting this kind of end-product is key here as researchers have identified that for clinical benefits, the Platelet-Rich Plasma needs to be 1 million platelets per μL or more. This is 5x to 7x the normal platelet count of 200,000 platelets per μL. 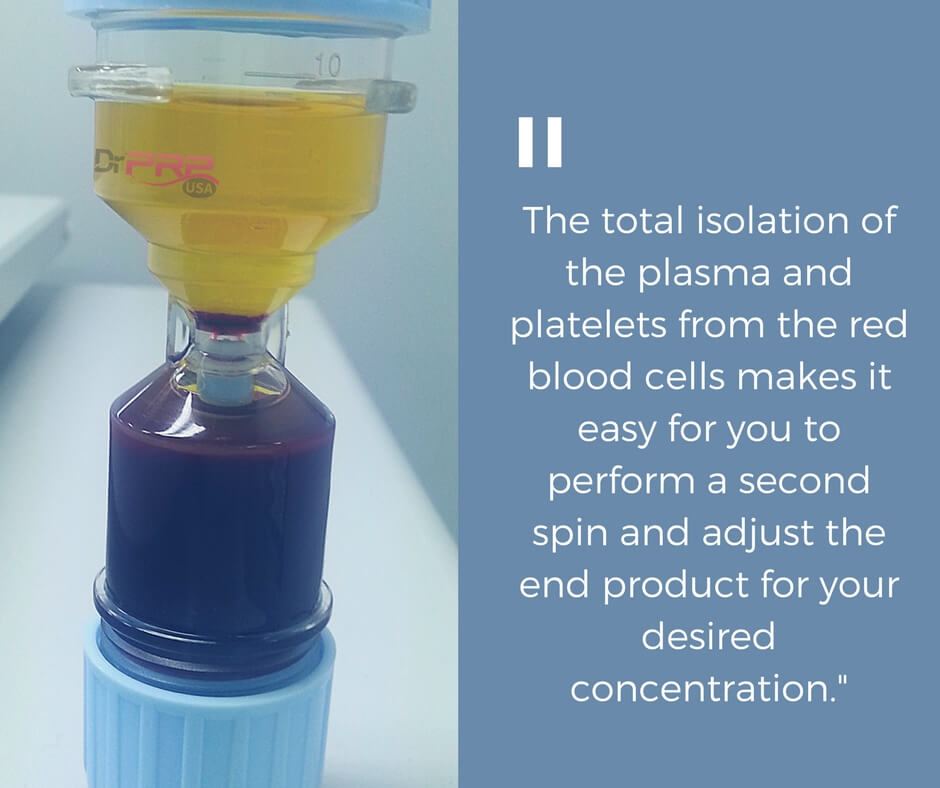 There are various kits for Platelet-Rich Plasma separation. But our kit, the DrPRP kit, is special in that it uses the dynamics of the tube design to give you full control over the end-product. You can get 10cc of usable product that you can manipulate to your specific needs. You can sequester the platelet serum and double spin it for 5X-7X above baseline platelet concentration. You can get a completely amber product or red product depending on whether you want a little red blood cells in your end product or not. 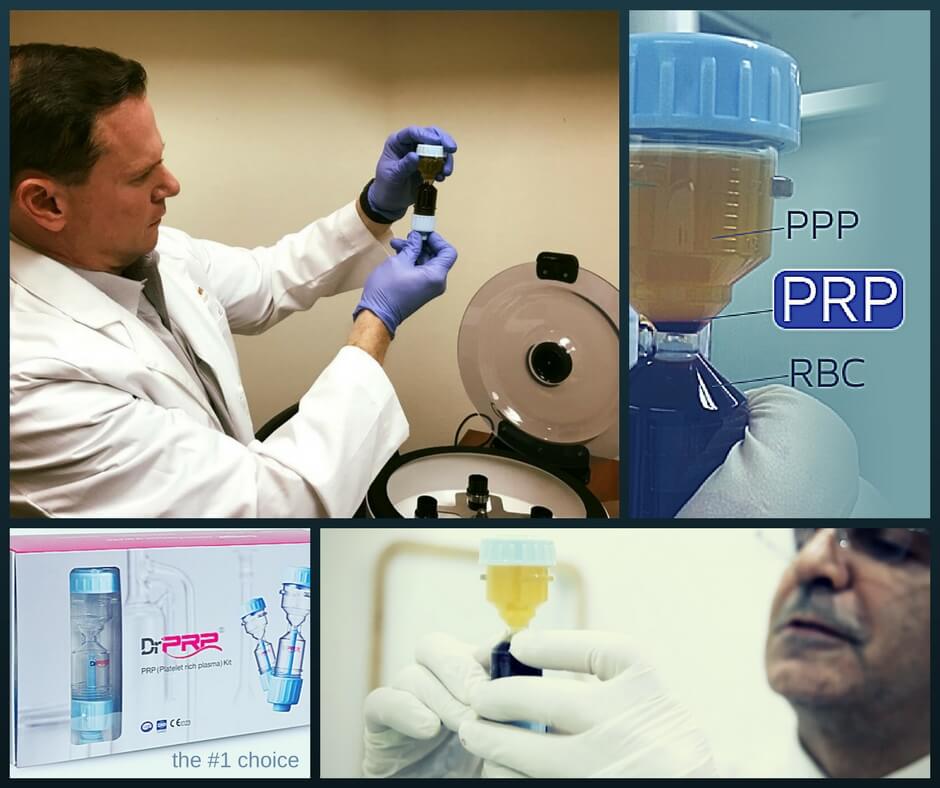 When you’ve gotten the Platelet-Rich Plasma, deciding on if you need Leukocyte-poor Platelet-Rich Plasma is the next step. Although there is no consensus on the presence of leukocytes, some researchers maintain that the leukocytes are inflammatory and may inhibit the power of cytokines and growth factors to create new cells. The researchers on the other side of the argument claim that without inhibitory effect of the leukocytes there will be excessive scar tissue at the healing site. Leukocytes-Rich Platelet-Rich Plasma is known to contain more growth factors like TGF (which improves collagen synthesis), PDGF (increases cell metabolism) and VEGF (assists the formation of new blood vessels).

In case you need to use Leukocyte-poor Platelet-Rich Plasma, you may need a Leukocyte-Reduction (LR) filter. Conventional LR filters use electrostatic attraction in micro-sized filter membrane to retain Leukocytes while allowing the rest of the components to pass through. Drawbacks of this filter include clogging of the filter membrane half-way through the filtering process. A better LR filter is based on Controlled Incremental Filtration (CIF) method. With the CIF-LR filter, you will be able to remove 99.99% of leukocytes from the Platelet-Rich Plasma. 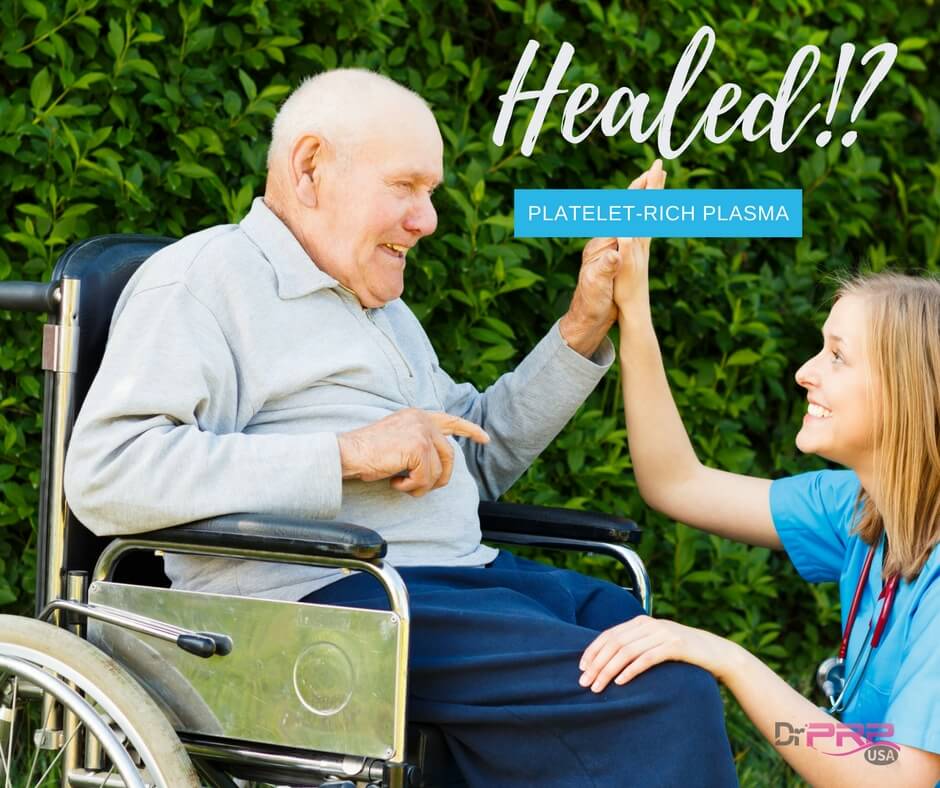 The Lack Of Clinical Evidence Myth

Let’s address ignore the elephant in the room, shall we? There are some doctors who believe that Platelet-Rich Plasma is just a fad. They say, “Show me the double-blinded peer-reviewed evidence.” It’s not that the other stuff they use for their patients are all double-blind proven and peer-approved. They just want to see it for this one. It doesn’t matter that the scientists who discovered growth factors in plasma got Nobel Prize in the 1950s. It doesn’t matter that they started using Platelet-Rich Plasma to heal gums in 1970s. It doesn’t matter than there are more than 6,000 studies on it till now. Use this search query in the NIH database and you’ll spot more than 1000 of them.

The hard evidence is of course money. Why are hundreds of thousands of customers taking out hundreds of dollars out of their wallets to pay for Platelet-Rich Plasma? Why are the independent researchers worldwide spending the very little research dollars they have (compared to the big pharma research moola) on studying this treatment?

A doctor who’s reviewed over 700 PRP treatments said the treatment has over 70% satisfaction rates with over 50% patients coming back for more. 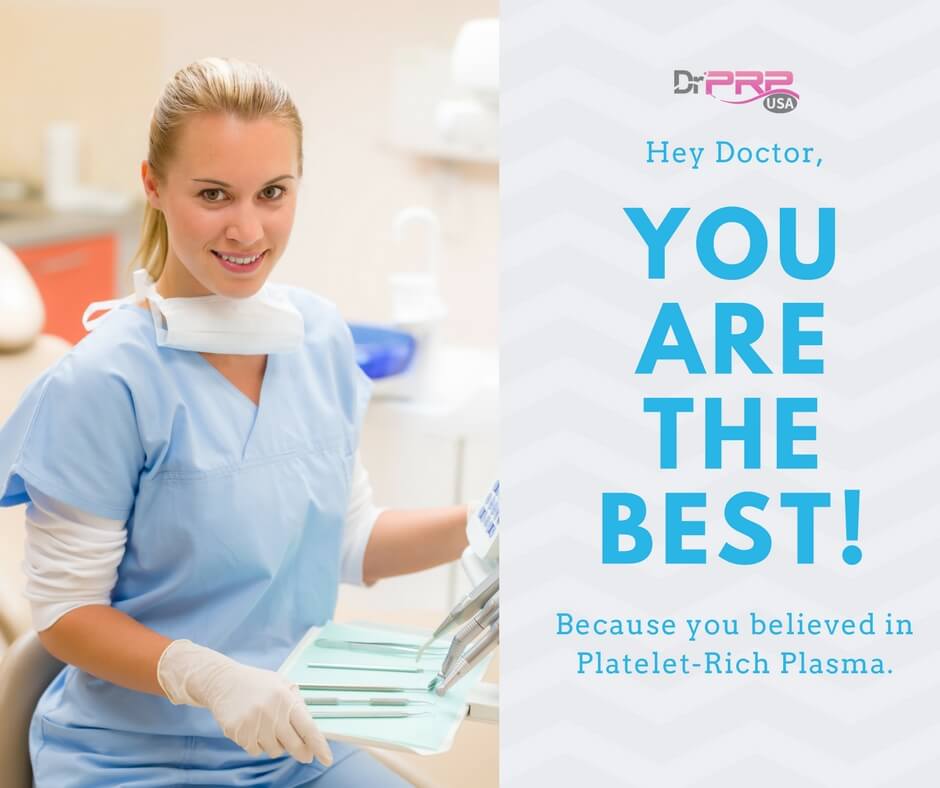 So far, Platelet-Rich Plasma is spreading mainly through word of mouth. Many patients take it up as the treatment of last-resort and later go on to shout it over the mountains. Here is one such story.

Three years ago, Bernie (not real name) came to see an Orthopedic Surgeon for a troubled shoulder affected by OA. After trying out the usual remedies, the OS suggested a shoulder replacement surgery. He wasn’t willing to do it. But the pain became unbearable. So the OS got him to do an arthroscopy instead. Bernie came out of the “clean out” like a new person. Unfortunately, the feeling didn’t last long.

In fact, things started getting worse. He couldn’t even hang up a shirt or pick up a pile of magazines on the floor. His arm would lock down every night. And took as much as 3 painkillers every night before sleep. As days passed, things only got worse. Then someone told him to give Platelet-Rich Plasma a shot. At this point, he was considering the OS’s original recommendation for the replacement surgery. But thought he’d try Platelet-Rich Plasma before that.

Bernie was also working with a Physiotherapist at that time. Both the PT and OS said it’s doubtful that Platelet-Rich Plasma would be beneficial – not only because the OA had advanced but also because his shoulder has 3 tears and most of bones were already worn out (his humerus was basically flat.)

Anyway, they decided to give Bernie two Platelet-Rich Plasma injections. After the injections, Bernie was told to continue the painkillers as the PRP would take some time to take effect. But what Bernie experienced was something totally unexpected.

He started improving almost immediately. And stopped taking the painkillers after two nights.

In the next two months, his shoulder became problematic only on 2-3 occasions – all while performing all the activities that he couldn’t previously perform, including activities that he wouldn’t dare think of before the injections. For example, he could ride the lawn mower for more than 45 minutes.

Needless to say, both the OS and the PT was impressed.

After seven months, Bernie has reported that he’s sleeping most nights without painkillers. After about a year, Bernie came back to say he has even less pain now. He haven’t been to the PT or the OS in several months.

Now take a guess. No points for the right answer though. Do you think Bernie will recommend PRP to others?

Check out our PRP Kit here. 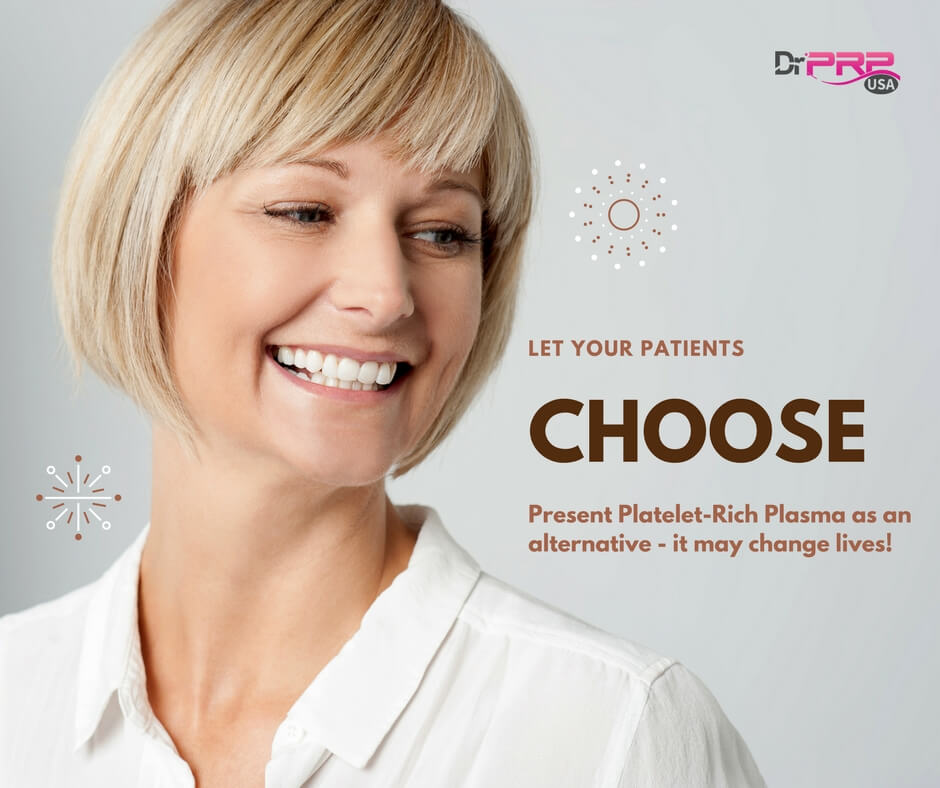