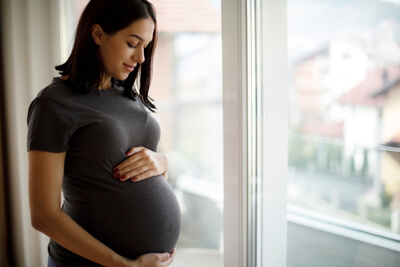 Platelet Rich Plasma (PRP) is a concentration of platelets prepared from a patient's own blood sample. The protocol is used to address aesthetic issues like hair loss and injuries like osteoporotic fractures, damaged ligaments and tendons.

PRP has also been used as infertility support for menopausal women. Research has gone into finding the effects of PRP’s on ovarian reserve and endometrial thickness.

Whether injected into the ovaries or the uterus, PRP may help patients who are unable to conceive or achieve pregnancies. See the studies and their findings below.

What is PRP for Ovarian Rejuvenation?

PRP for Ovarian Rejuvenation treatment protocol is used to enhance a woman’s chance of achieving birth.

Preparing PRP involves collecting a blood sample from the patient and then spinning it in a centrifuge to separate the platelets from the rest of the blood components.

When injected into the ovaries, PRP may stimulate stem cells to develop into eggs. Ovarian Rejuvenation with PRP may be beneficial for women who want to have a baby but are going through menopause or premature menopause.

According to the literature, Ovarian Rejuvenation is additionally used to help patients with low ovarian reserve, those with premature ovarian failure, and infertile women over the age of 35.

Numerous studies have been done on PRP’s role on endometrium thickness and the effects on pregnancy. A thick endometrium is necessary for successful embryo implantation.