The Rheumatologist’s Guide To Platelet-Rich Plasma 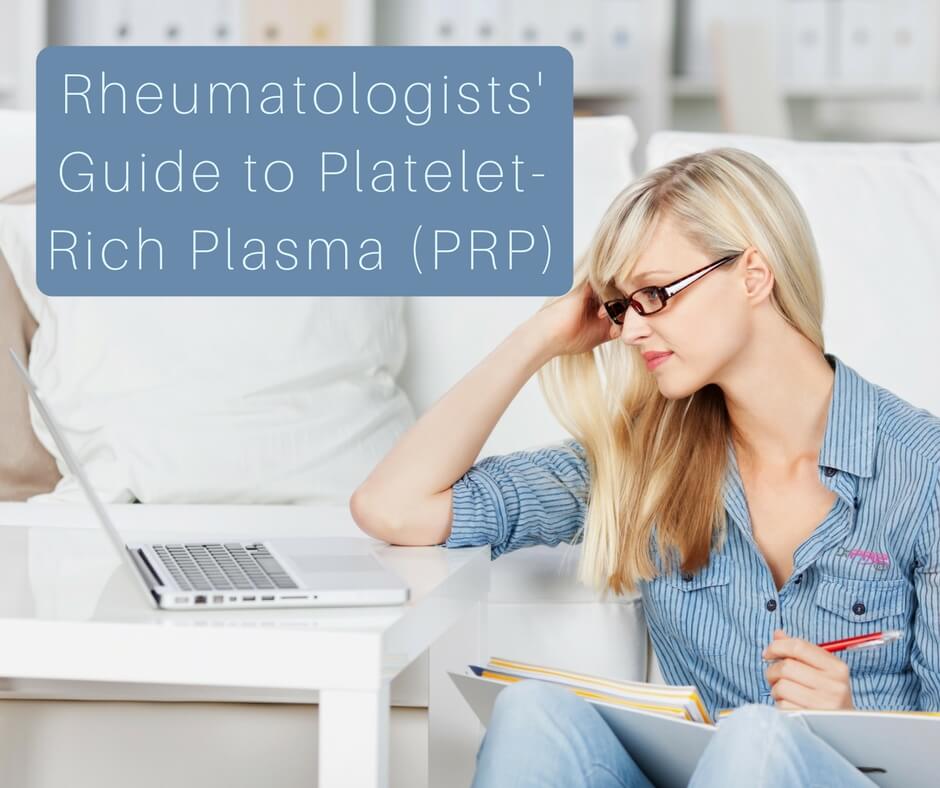 Shelly (not the real name) had been suffering from Achilles Tendonitis for a while now. She has rheumatoid arthritis and celiac disease. Plus she had a minor surgery on one of her toes and it had gone a tad bit bad. She was determined to find a solution and started with all the usual treatments. When it became obvious that the solution she’s looking for is not so straightforward, she began flirting with alternate treatments. Someone suggested Platelet-Rich Plasma. And so began a love-affair.

I got my first PRP for my Achilles Tendonitis and the doctor told me to get a shot each for 8 straight weeks,” Shelly said. A bit doubtful, she stopped after the second treatment. By the third week, the Tendonitis showed more progress than all of the previous months trying so many conventional treatments. She says, ” just three simple shots and my foot was probably 75% better.”

This is what Rheumatologists can expect when they introduce Platelet-Rich Plasma to their patients.

Rheumatology Had Found A Winner

However, they have not been pushing the limits of this novel treatment, as well as the dermatologists. 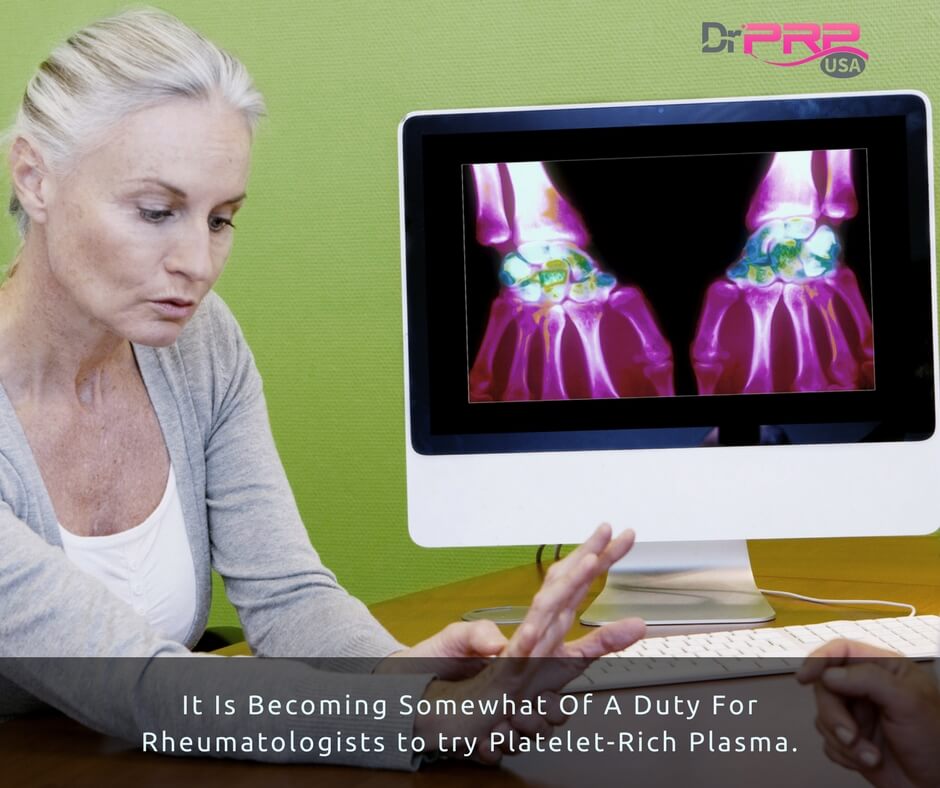 Are you a rheumatologist?

If you are, I’m pretty sure you have tried Platelet-Rich Plasma for your patients.

Like Kenneth (not the real name), who was part of an experimental group at a local university and got PRP Injection for his torn hip ligament. Prior to this, he was told that he’d need surgery. But three (!) years later, the pain has never really returned and he’s had no surgery.

Another patient, Desiree (not real name), said she and her husband are firm believers of the treatment. It shoved her plantar fasciitis into oblivion and gave her husband’s shoulder joints and knees a big boost.

Not All Treatments Of Platelet-Rich Plasma Are Successful

We’d be the first to admit that we’ve seen quite a number of cases where Platelet-Rich Plasma failed to show improvements. Sometimes, we’ve seen cases where the same patient can have mixed results. Like Lynda (not real name) whose PRP treatment for her severely sprained right ankle worked like a charm whereas the one for her similarly compromised left big toe turned out to be a dud. 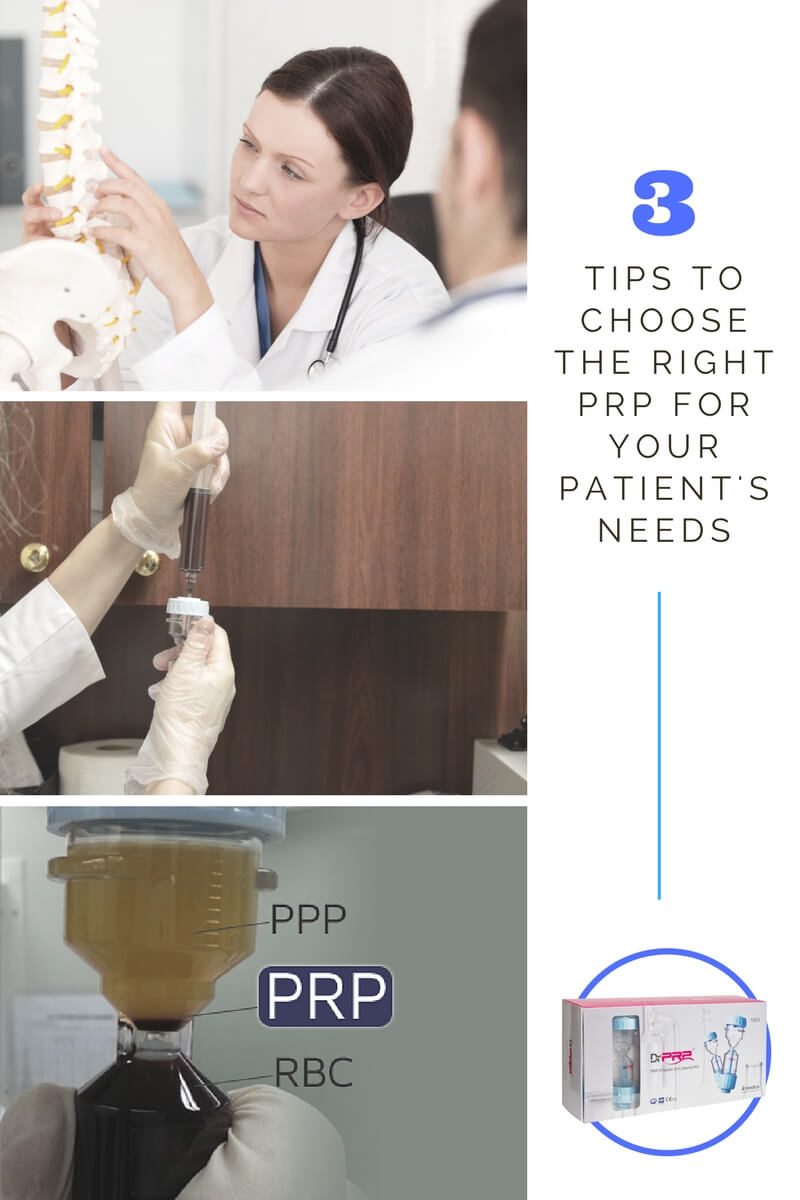 But we can improve the chances of success dramatically by adhering to a standard for the following.

PRP containing white blood cells have a different biologic effects than the ones without. The most popular form of PRP is L-PRP which contains Leucocytes. The DrPRP Kit which provides higher concentration of platelets delivers an end product that’s classified into three fractions: the Red Blood Cells (RBC) without platelets, the Platelet Serum in which the platelets are suspended and the Buffy Coat which contains both the platelets and white blood cells (WBCs). This makes it possible to adjust the end product to include some White Blood Cells. Because, the macrophages (circulating monocytes) present in WBC can remove debris and ingest harmful foreign particles, bacteria, and dead or dying cells to speed up the healing process.

The standard protocol for Platelet-Rich Plasma requires the addition of an Anti-Coagulant (ACD) to prevent the blood clotting. The addition of ACD makes the blood more acidic than normal. This can have a negative effect on the half-life of growth factors. So in certain cases, we recommend buffering the PRP back to a physiologic range prior to injection. 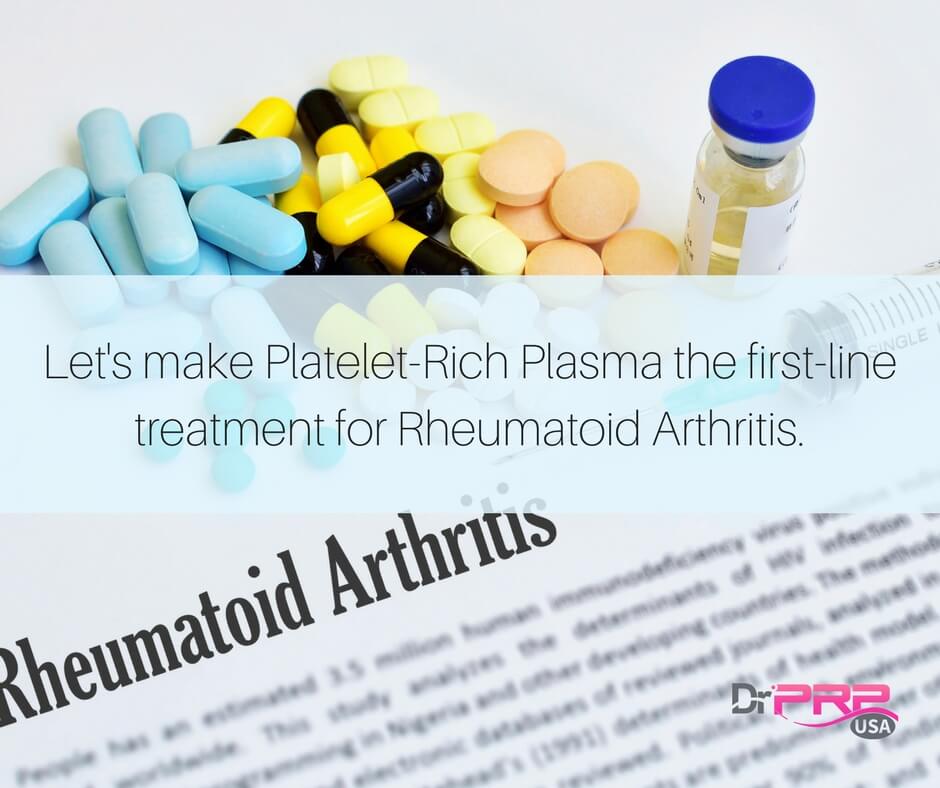 The Growth Factors In Platelet-Rich Plasma

The Platelet-Rich Plasma owes it’s healing prowess to the growth factors found in platelets. They are made accessible to the tissues and ligaments when the platelets are activated. The exact roles of these growth factors remain a bit vague at this time but from what researchers have been telling us it is evident that they support a wide range of processes in all three of the healing stages – inflammation, proliferation and remodeling.

Here’s a nice little infographic that lists out the functions of the primary growth factors in Platelet-Rich Plasma.

In recent years, Platelet-Rich Plasma has proven to be effective for Subacromal tendonitis. In a study conducted by Dr. Turlough O’Donnell, MD, and Aamir H. Shaikh, MSc, MRCSEd, MCh, of UPMC Beacon Hospital in Dublin, Ireland, 102 patients were treated with PRP injections administered directly into the suprasimatos tendon (shoulder) and 102 patients were treated with treated with 20 mL solution of 0.05 percent bupivacaine and 80 mgs of methylprednisolone.

Another study by Michael Carpone DO et al, which concluded that “a single ultrasound-guided, intralesional injection of PRP resulted in safe, significant, sustained improvement of pain, function, and MRI outcomes in participants with refractory Rotator Cuff Tendonitis.”

Epicondylitis is often a chronic case of tendinopathy and a healing response is usually hard to obtain. Platelet-Rich Plasma’s role in this started in 2006, when in a Pilot study by Allan Mishra, 19 patients with refractory epicondylitis who were prescribed surgery, was given a single Platelet-Rich Plasma injection. After 8 weeks, patients reported 60% improvement which rose to 93% and after just two years.

In another controlled clinical study, the effect of PRP was compared with corticosteroids, in a randomized, double-blind manner with 100 patients who had chronic epicondylitis. After one year, the authors concluded that PRP significantly exceeded the clinical benefit obtained by corticosteroids.

There are multiple studies in the past 3 years, both controlled and open, which highlight the efficacy of Platelet-Rich Plasma for Knee Osteoarthritis. In the largest of these studies, researchers in Taiwan, conducted 8 single-arm studies, 3 quasi-experimental studies, and 5 randomized controlled trials with 1543 participants to validate that Platelet-Rich Plasma does improves outcomes for patients with knee joint cartilage degenerative pathology. And does that better than Hyaluronic Acid.

However, recent research suggests that a combination of HA+PRP may be even more effective.

There is no doubt that Platelet-Rich Plasma is here to stay. And it can be the biggest item in the rheumatologist’s therapeutic rolodex. The safety, efficacy and simplicity is something that no other treatments can rival. However, as I mentioned before rheumatologists have not been taking advantage of it as much as others. Perhaps they are waiting for more conclusive evidence or insurance acceptance of the procedure, but considering that this procedure carries virtually no risk, it’s the somewhat of duty of every rheumatologist to give it a try. And come to new discoveries of their own.

You can try this at a relatively inexpensive way – with this kit and a standard lab centrifuge like this. 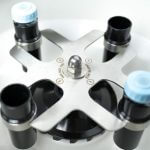 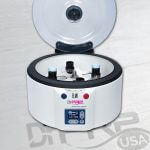 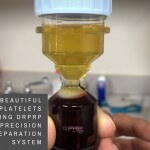 Get the perfect results

The medical community need more rheumatologists’ acceptance of Platelet-Rich Plasma to formalize the frequency, volume and etiquette for this life-saving procedure. After all, there are 27 million Americans at stake here.

Plus, the Platelet-Rich Plasma industry is undergoing rapid changes. New innovations are added every month. Getting in the game in these early stages will make you one of the pioneers in the field.

Here’s a recent interview with Dr. Lance Johansen who says we might see Platelet-Rich Plasma being combined with genetics like Bone morphogenetic proteins (BMPs) and DNAs to help grow new cartilage.